You are here: Home/ Blog / Don’t Let Your E-Evidence Get Trashed 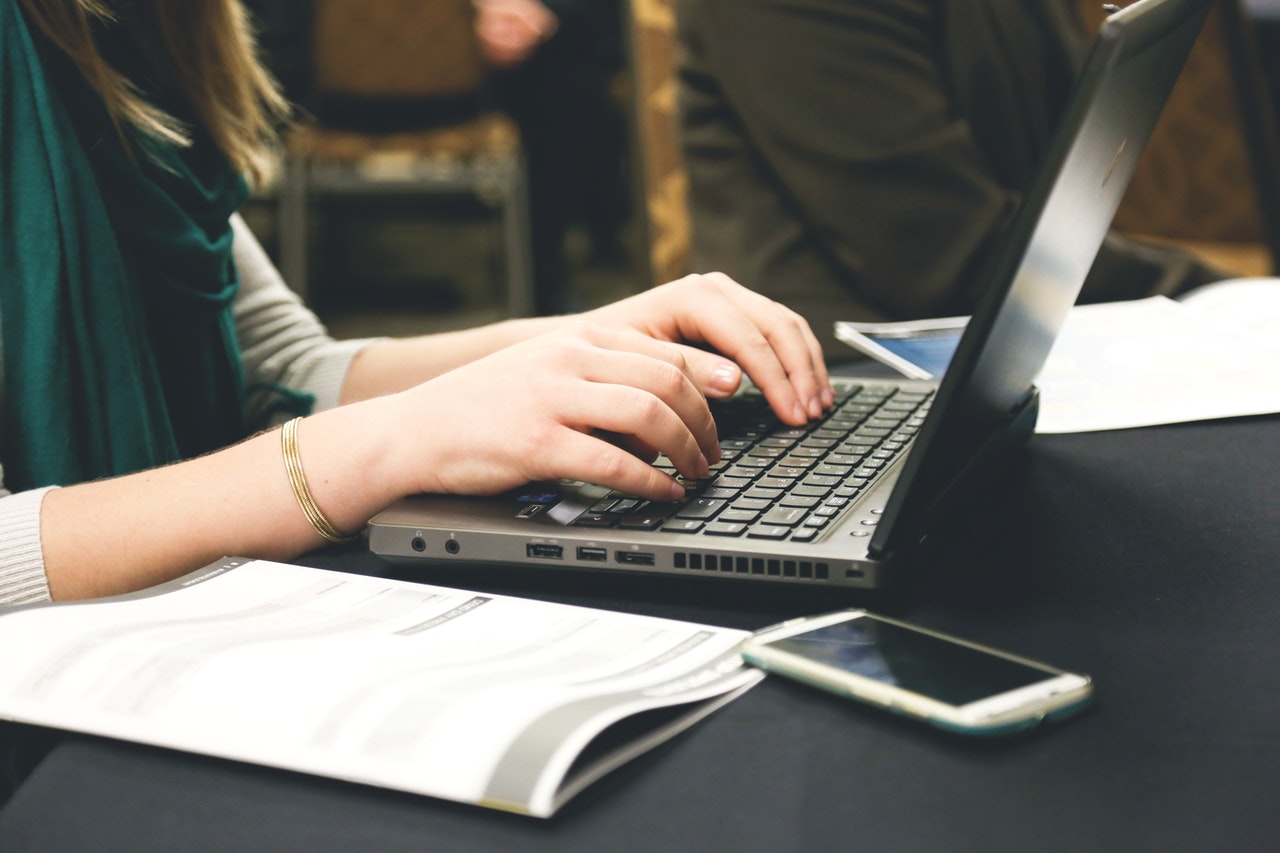 Don’t Let Your E-Evidence Get Trashed

One of the best articles that we have come across that succinctly discusses the issues associated with email proof, email fraud, electronic discovery of stored information, ease of manipulating email records, and difficulty in authenticating email records that have been challenged, is the following The National Law Journal article. After reading this, you will have a clear understanding as to why so many rely on RPost’s Registered Receipt™ email records returned to them when they send email of consequence with RPost’s Registered Email™ service.

It was our first night in the suburbs, and we learned the hard way why raccoons wear masks as we surveyed the carnage they had made of our garbage. We were drilling eye hooks into the wall so
that we could rope off and secure our garbage cans against further raids when a neighbor came up and asked “When you’re done with all of that, will you still be able to get into your garbage cans?” “Of course,” we said. “Then,” our wise neighbor replied, “so will the raccoons.”

Hackers are to computers what raccoons are to garbage cans. And the problem is that hackers don’t limit themselves to taking stuff out, they also put garbage in. Because we know this – because courts know this — the admissibility of computer-stored information can be a far more complex proposition than we might first think. During discovery, you assemble e-mails with all sorts of juicy facts, computer records from which you can easily compute damages, and copies of Web pages from various sites that support your theory of the case. Your work is done; you are ready for trial. But are you? Will you be able to get all of that great electronic material admitted at trial? The time to consider that question is now, while discovery is still open.

THE ‘VOODOO’ INTERNET AND ‘UNTRUSTWORTHY’ DATA

No, not even close. Finding the electronic evidence totally insufficient, U.S. District Judge Samuel Kent for the Southern District of Texas observed that anything found on the Internet is “voodoo information” and “inherently untrustworthy” because “hackers can adulterate the content on any Web site from any location at any time.”

Okay, that was 1999 and Al Gore had only invented the Internet a few short years earlier. Surely Kent must have become more comfortable with Internet evidence by 2007, right? Um, not so much.

The fact is that most of us are easily seduced by the computer age into believing that electronic evidence is reliable, trustworthy and easily admissible. But electronic evidence brings unique baggage to the admissibility equation that we need to think through very carefully. In May, Maryland Chief Magistrate Judge Paul Grimm did the heavy thinking and gave us the gift of an extensive, thorough tutorial on the admissibility of electronic evidence in Lorraine v. Markle American Insurance Co., 2007 U.S. Dist. Lexis 33020 (D. Md. 2007). If you read only one case this year, make it Lorraine.

In Lorraine, the parties had filed cross-motions for summary judgment in a dispute involving $36,000. Both motions were supported with hard copies of e-mails. It does not appear that either party objected to the other’s use of the e-mail, but Grimm did. Because Rule 56 of the Federal Rules of Civil Procedure requires that summary judgment motions be supported with admissible evidence, Grimm felt constrained to inquire on his own whether the proffered e-mails were in fact admissible.

Concluding that they were not, he denied both motions without prejudice, and while the parties scrambled to settle their case before fees exceeded the amount at issue, Grimm used the opportunity to issue a 101-page opinion that exhaustively sets out the admissibility problems of electronic evidence.

We relate all of this for two reasons — first, to congratulate Grimm for his fine work, and second, to make the point that he is probably not the only judge who has been simmering, lurking, waiting for an opportunity to pounce on litigants who have not thought through these issues. So beware.

Let’s talk about e-mails. By now, we all know how important e-mail is; we all know that we must ask for it in discovery and review it carefully. When your opponent produces juicy e-mails, they are admissions and easily admissible, right? Not so fast.

For an e-mail to be admissible, you will need to show, among other things, that it is authentic and it is not hearsay. E-mail chains present particular problems, because they are often a combination of party admissions, business records, nonparty hearsay and self-serving statements. So even if the admissibility of part of an e-mail chain is clear, you may need to look at each and every link. See, e.g., Rambus Inc. v. Infineon Technologies A.G., 348 F. Supp. 2d 698 (E.D. Va. 2004). And because electronic evidence is so easy to manipulate, the standards for authentication are often heightened.

It is not uncommon, especially in large document production cases, for the parties to stipulate that anything a party produces from its own files will be deemed authentic. But in the electronic age, you may need to reconsider. Remember the old Bugs Bunny-Yosemite Sam cartoons? “You varmit,” Sam would menace, “I’m a gonna blast you!”

Suppose the e-mail chains starts with Smith writing to Jones, “You are in breach of the contract.” Jones replies, “I am not.” Smith rejoins, “You are so.” Jones comes back with: “I’ll see you in court.” And Smith ends the chain with: “Not if I see you first.” But Jones, rascally rabbit that he is, alters the original message when he sends his “I’ll see you in court” so that Smith’s original message reads “I am in breach” rather than “You are in breach.” Smith doesn’t notice as he continues the back-and-forth. And when discovery rolls around, both Smith and Jones will have in their files and produce the bogus e-mail chain.

1. This is fraud; it is criminal; things like this don’t happen. Well, actually they do. The point is that it is so easy to do.

So don’t expect the court to assume that an e-mail is authentic simply because it is gleaned during discovery. Now, in U.S. v. Safavian, 435 F. Supp. 2d 36 (D.D.C. 2006), the court took a lenient view on authenticity and decided that the possibility that e-mails might have been altered does not in itself justify their exclusion, since any form of documentary evidence can be altered. But it takes some skill to forge a paper signature; altering an e-mail takes nothing more than an impure heart and a keystroke. And as Grimm points out, because “there is a wide disparity between the most lenient positions courts have taken in accepting electronic records as authentic and the most demanding requirements that have been imposed … it would be prudent to plan to authenticate the record by the most rigorous standard that may be applied. If less is required, then luck was with you.”

THE PROBLEM WITH ELECTRONICALLY STORED DATA
Let’s talk about electronically stored data. You plan to prove damages with your client’s electronic database that tracks the outstanding account due. You will overcome the hearsay rule because the data is a business record; the account data was entered by persons with knowledge as a regular practice in the ordinary course of business. But with electronic documents there is an extra step. In Vee Vinhnee v. American Express, 336 B.R. 437 (B.A.P. 9th Cir. 2005), the court pointed out that authenticating a paperless electronic record in principle poses the same issue as for a paper record. But because “one must demonstrate that the record that has been retrieved from the file, be it paper or electronic, is the same as the record that was originally placed into the file,” there is an important distinction. When one retrieves the paper that was put in the file, there usually is no issue that it may have been altered after its creation.

But when one retrieves an electronic file, there must be some showing that the computer system ensures the integrity of the original because “digital technology makes it easier to alter the text of documents that have been scanned into a database, thereby increasing the importance of audit procedures designed to ensure the continuing integrity of the records.” Id. at 445.

This is American Express we are talking about here, presumably a sophisticated business entity and litigant when it comes to tracking an account. And American Express was not sandbagged or overwhelmed in the heat of the moment at trial. The court warned that it was concerned and allowed American Express to submit sufficient foundation in a supplemental filing after the bench trial. Yet American Express failed because it failed to show how its e-records were maintained.

The time to worry about all of this is not at trial or, in the rare instance when the court allows it, after trial. The time is during discovery. It is not enough to discover good documents; your job is not done until you have also discovered the means to make those documents admissible. Grimm suggests a simple three-step approach: seek a stipulation; barring that, propound a request for admission; and barring that, be prepared to establish authenticity and hearsay exceptions at trial. Be prepared. Gosh, we wish we had thought of that.

Jerold S. Solovy and Robert L. Byman are fellows of the American College of Trial Lawyers (ACTL) and partners at Chicago’s Jenner & Block. Attorney Solovy, the firm’s chairman and past chair of the ABA Discovery and Trial Practice committees can be reached at jsolovy@jenner.com. Attorney Byman can be reached at rbyman@jenner.com.

If Only Hillary Clinton Knew About RMail

Litigation Counsel Guide: How to Prove Service of Court Documents by Email – Update